EDITOR’S NOTE: According to the World Health Organisation  more than 264 million people of all ages globally suffer from depression and it affects more women than men.  When not effectively treated, depression can result to suicide. Recently, a once homeless Nigerian lady who goes by the name Lois Truly on the microblogging platform, took to her handle to narrate her story and how dancing with an unknown street urchin on the street of Lagos saved her from depression.

Some moments are too perfect and we just have to leave them as moments! I recall late 2019. I had just quit my job after working for five months. It was the longest ever job I had had! I was homeless and hated being a burden to my friend. I was right at the edge of being depressed and struggled hard not to be. It was really hard! 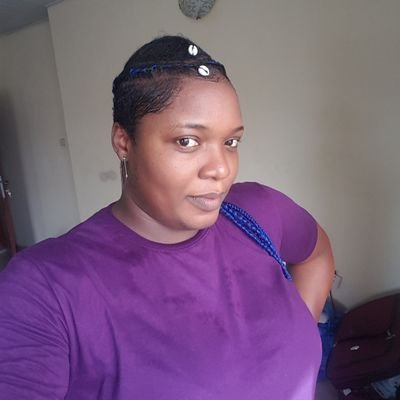 I logged on to Twitter after enduring what I can describe as a crappy Monday to Friday, and found one @_PRICE doing a giveaway tweet. I applied and fortunately I won a ticket to see a live play, “Man Enough” at Terra Kulture in Victoria Island, Lagos, Nigeria. Rather than remaining, wallowing and even drowning in my sadness, I chose to go. Honestly, it was a beautiful play and it indeed elevated my spirit to an extent!

I was still down but I decided I was done being sad. I started playing Justin Timberlake’s “Can’t Stop the Feeling” while I walked down from Terra Kulture to Eko Hotel roundabout because I didn’t have enough money on me.

When I got to the major road, the music hit and I started singing and walking to the beat. I sang and danced on the road. I said to myself, “Life is too short not to!” Some few seconds later, a street urchin, usually called “Agbero”, who had just finished insulting someone saw me dancing. I performed to him. He laughed at me.

I felt him by my side few steps later and I wanted to see what he had to do. I smiled at him. He joined me. I had my earpiece on, but I was dancing to the rhythm so he started emulating every step I was dishing out! It felt as if I was in a movie scene. We all started dancing to “Can’t Stop the Feeling”, bumping our hips in some places. Everyone turned and wondered what was wrong with us. Some motorists stopped but I went on. I was really resolute. I didn’t want to be sad anymore. The Agbero had a blast as his friends hailed and spurred him on.

ALSO READ: MOJ: THE LADY LAWYER WHOSE HEART IS IN MUSIC

When we go to Eko Hotel roundabout, we stopped dancing and started laughing at ourselves. We were absolutely out of breath and I found myself rounded by Agberos but it was the most beautiful moment I ever had in Lagos.

Few minutes later, my new friend held me by hand to the other side of the road, stopped a tricyclist and paid for me. Before he left, I stopped him and said, “Thank You!"

Yes, the Agbero may not have known what he did for me that day but dancing with me had probably saved me from depression.