MY VISION IS TO CREATE AN ATMOSPHERE OF WORSHIP, GOSPEL ARTIST LARRY SPEAKS

Nigerian gospel artistes have continued to make international waves and occupy top positions in that musical genre. Arts like Sinachi Josepch better known as Sinach, recently becomes the first African to top Billboard USA Christian Song Writers. Her song Rainmaker has become one of the most listened songs in Africa and continued to change the narrative about gospel music on the continent.

TheNigerian upcoming Gospel Sensational Artist, Larry Patrick is one of the artists that are fast creating impact in the country with good vocal and music writing prowess. In his chat with YoungNigerian.com, hesays he is back to the gospel musical scene with his brand new single titled, “JESU”.

Larry Patrick was born in Lagos, Nigeria. In his early years, he developed interest in Highlife, Jazz, Afrobeat, R&B and Hip Hop music. The graduate of Business Administration from Olabisi Onabanjo University, Ago Iwoye, revealed how sounds of Marvin Sapp, Fred Hammond and Segun Fakeye, have influenced him.

Larry, as he is fondly called, is the President of a Nigerian gospel group, “Ararat” known to have officially released three singles – Ofemi and Baba Nbe Funmi in 2013 and Higher in 2015. Larry is also a singer, song writer, music director and entrepreneur whose vision, according to him, is ‘to create an atmosphere where people praise and worship God like never before’.

The Deltan indigene says, ‘Larry has come and he is here to stay’ and reveals that “Jesu” is the first of many singles that will come later in the year under the record label, Ararat Music. 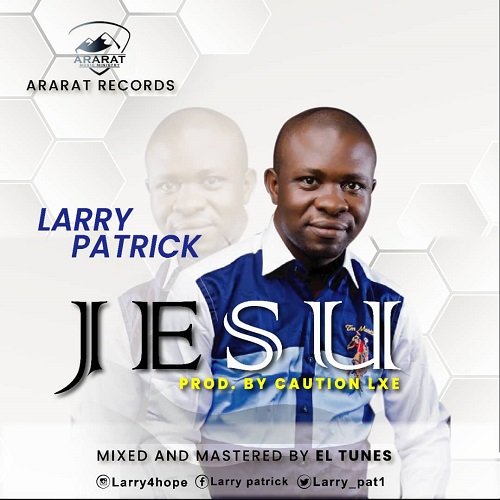 He acknowledges God as his ultimate inspiration and that God has taken him through life’s journey and experiences which inform his musical theme. ‘God is everything regardless of any setback I have experienced. He is ever faithful’, he says.

BY: JERRY OBANYERO Recently, the news space was d ...