Recently, the news space was dominated by the sad news of a Chinese national, Geng Quangrong, who allegedly murdered his Nigerian lover, 23-year-old Ummu Kulthum in Kano State, Nigeria.

According to the police, the suspect, who was immediately arrested, alleged that he was deceived by the deceased who had promised to marry him but reneged on the same after he had lavished so much money on her. With the unfortunate death of Ummu, a lot of questions have popped up, one of which is if there is a breach of promise to marry in our law and to what extent can it be remedied.

ALSO READ: BANDITRY OR TERRORISM? LAW AND THE LANGUAGE OF POLITICS

In Nigeria, like in many common law countries, marriage is a binding contract. It is viewed from the eye of a contract.  Like contracts, a promise to marry can be written, oral or hybrid. Also, an aggrieved party can bring an action in the competent court of law to enforce a breach of promise to marry or seek remedies against the party who breaches the promise. Although, unlike a commercial contract, the court is always unwilling to award specific performance against a party in an action for breach of contract. Specific permanence entails an order of the court issued to a party to do a particular act he had promised or agreed to do in a contract. Since the court will not force an uninterested party to carry on with the marriage when there is a breach, to mitigate the harsh effect on the aggrieved party, the court will award damages, which is primarily financial compensation for the losses or injury suffered. The compensation covers the money expended, loss of valuable property, loss of time, emotional trauma, and humiliation.

To successfully establish a case of a breach of promise to marry, there are factors the court will consider. Was there in fact a promise to marry? Did the party break the said promise? A promise to marry is beyond mere intention to settle down with a man or woman in the future. It is not a mere romantic or love affair, though may affect the evidence. There has to be a furnished consideration that is directly traceable to the agreement of the parties to marry. There ought to be elements of an offer, acceptance, intention to create legal relations and capacity of the parties to enter into a contract. For example, an offer to marry by a party should equally be accepted by the party to whom the offer is made. Both parties should have an intention that their action will be bound by the law. Also, the parties should possess the legal capacity to enter into the contract, that is, parties must be legally qualified in terms of age, mental sanity etc. to agree to marry. Lastly, the court will ascertain if a party reneged on the promise. Mere postponement of marriage or delay based on circumstances beyond a party’s control may not amount to a breach of promise to marry. However, deliberate and consistent postponement may be viewed as a constructive breach, and the court may hold that as a breach.

In conclusion, without preempting the police investigation and the outcome of the trial in Ummu Kulthum’s case, it is the opinion of this writer that the action of Geng Quangrong violates the extant law including the Matrimonial Causes Act and judicial pronouncement on remedies for breach of promise marry.  Also, the defence of emotional disturbance and distortion of reason produced by pain and jealousy that resulted in murder may not avail Geng going by the facts of the case unless some other facts emerge in the future. Geng, as it is, is a defendant in a case of murder and if found culpable, may have to face the punishment as provided in the Penal Code. He must, however, be accorded all the rights as enshrined in the constitution including rights to a fair hearing and access to his lawyers.  The judiciary should also ensure that justice is dispensed objectively and quickly.

Obanyero is a lawyer and advocate for fair and equal access to legal services and justice. He can be reached at [email protected] 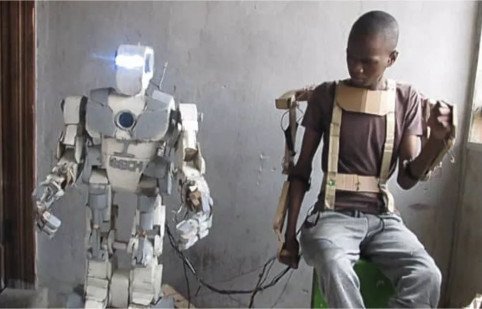 ISAH AUWAL-BARDE: THE 17-YEAR YOUNG NIGERIAN WHO INVENTED A ROBOT

BY: IMMANUEL KANT The Idoma people live in north ... 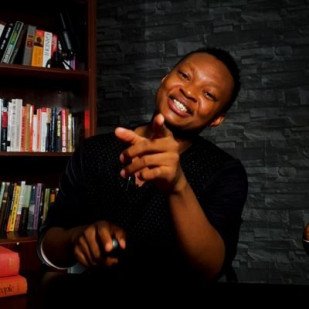 BY: JUDE BELA In my house, I insisted on searchin ...